The Fallas: fire in Valencia 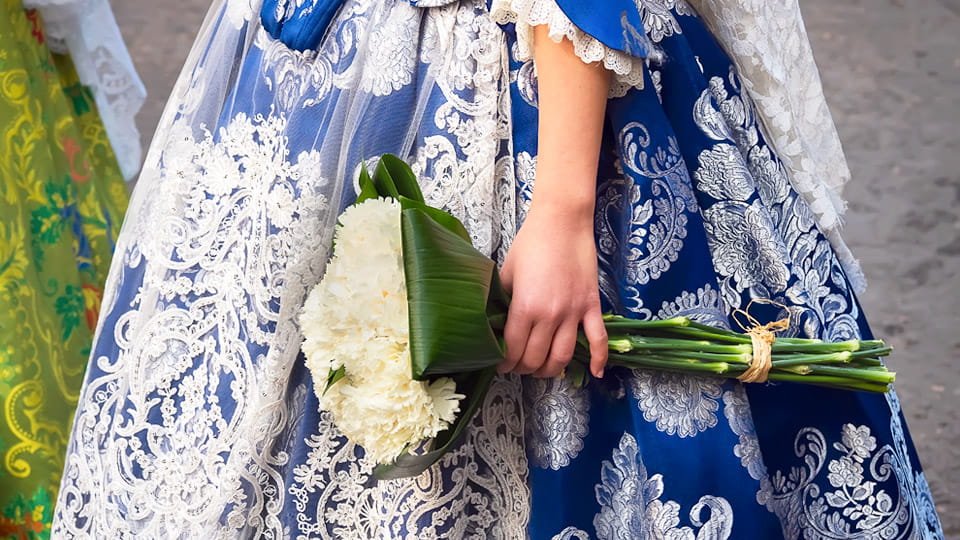 Every month of March in Valencia takes place one of the most important traditions in Spain: the Fallas. Falla comes from the Latin word for torch, this can give you a clue of what this fiesta is about… fire!

Their origin is uncertain but presumably the Fallas have been taking place in the city of Valencia since the 18th century. The origin of this tradition could be in the guild of carpenters burning pieces of wood and other useless things in order to clean their workshops for the spring. The celebration coincided with the day of their patron saint St. Joseph the 19th of March.

One of the things the carpenters burned were planks of wood called parots. They used them to hold candles in winter and they no longer needed them in the long days of spring. With time they started to dress up this parots as persons and burn them in the bonfires. This lead to more elaborated puppets and so the Fallas where born.

Through the years the Fallas have become more and more popular attracting more and more tourists each year. The fallas possess their own vocabulary, here are five words to fully understand what goes on in Valencia in March… 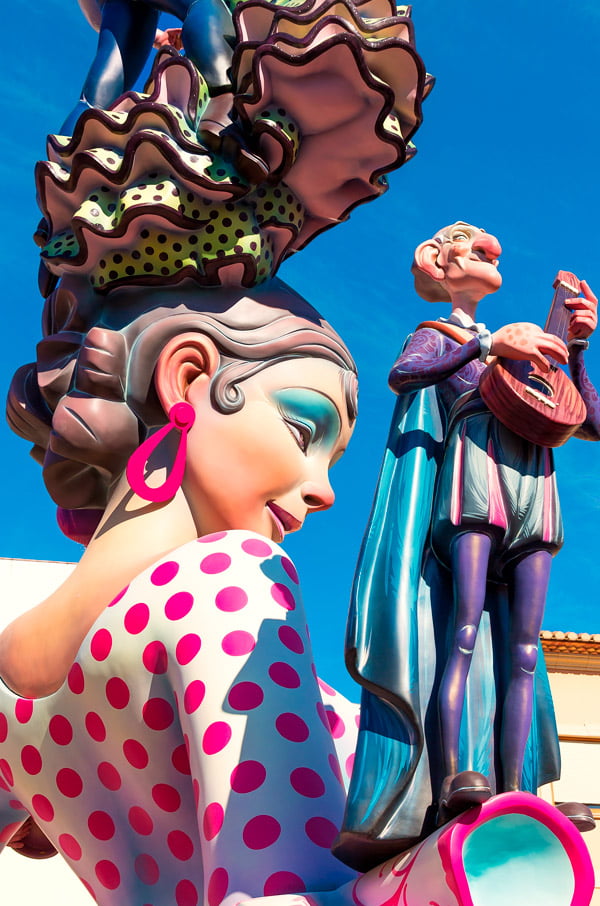 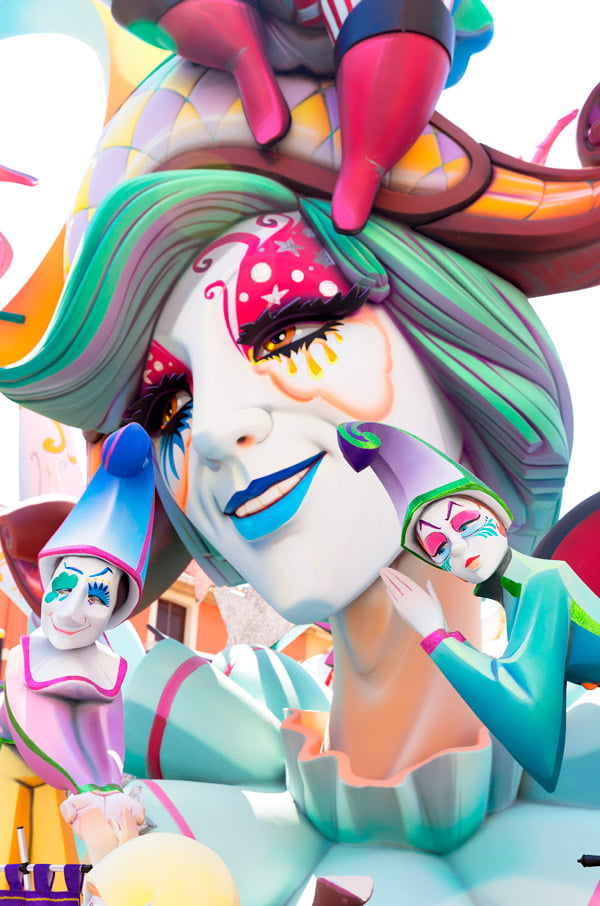 01| Falla: is the name of the wooden sculptures that will be burned the night of the 19th of March. They were traditionally made of wood and cardboard nowadays other materials like expanded polystyrene allow artisans to create more spectacular fallas. A big one can easily weight a couple of tons and measure over 32 ft. The thematic is normally satirical and makes fun of the society or the political situation. This year politics and bankers have been represented in many fallas… 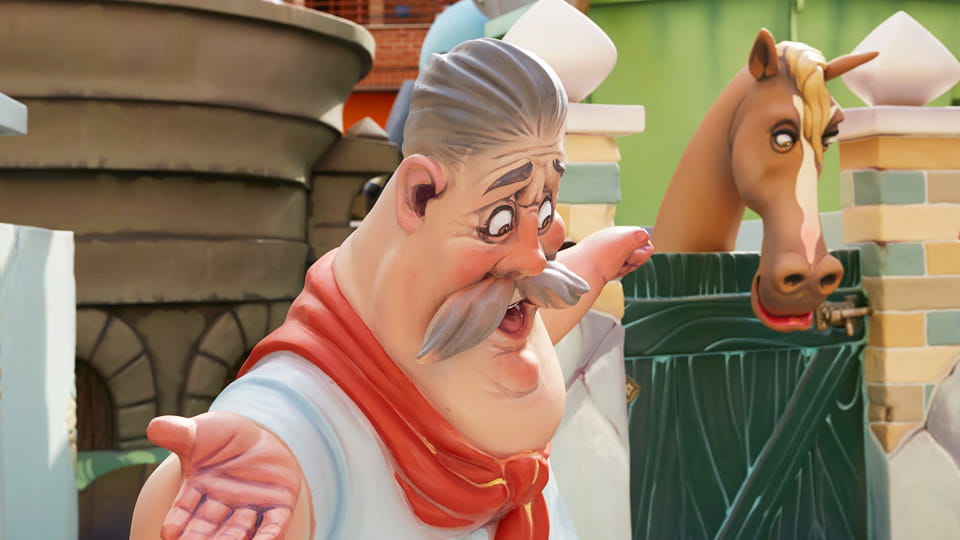 02| Ninot: is the name of the human figures that form part of a Falla. In valencian ninot means puppet. Every year a ninot is indulged by a popular votation. This year a Miguel the Cervantes ninot has scape its fate and has been saved from fire. 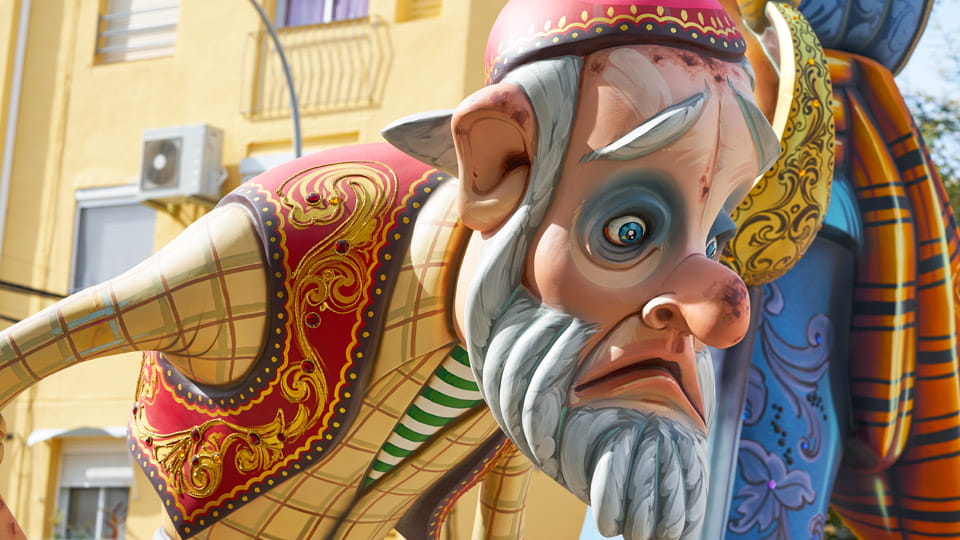 03| Plantá: the day all Fallas and their ninots are placed in the squares and streets of Valencia. This takes place the 15th of March. The bigger ones can need hours of hard work to be assembled. This year a 49 ft. Moses of Michelangelo has been one of the most spectacular falla.

04| Mascletá: every day from the 1st of March, the day the fallas beging, to the 19th of March, the day they end, it takes place a mascletá. At 14 p.m at the Town hall Square thousands of firecrackers are thrown performing a concert of explosions that can reach the 120 decibels. The sensation is absolutely overwhelming… 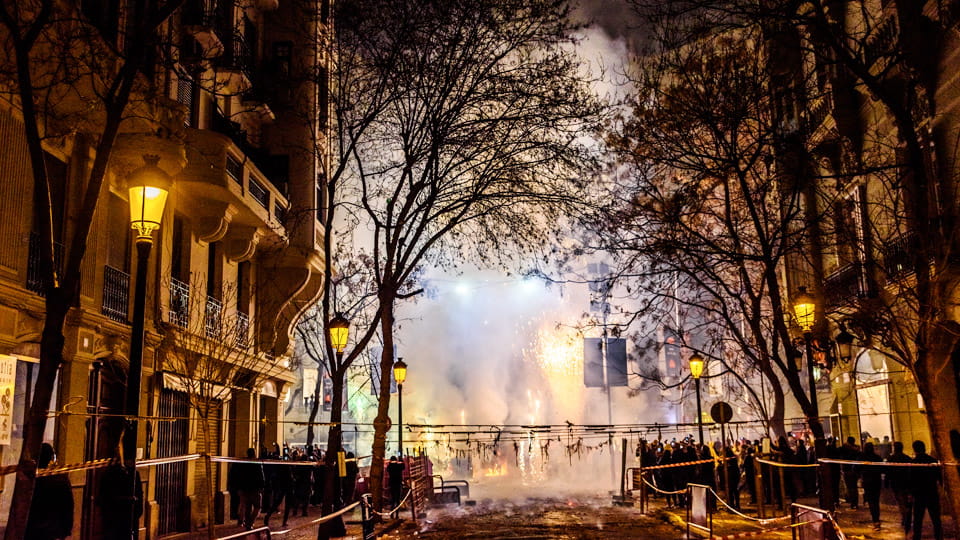 05| Cremá: tonight at 10 p.m the fallas will be burned, first the smaller ones then the big ones… the spectacle will end when only piles of ashes are left. It’s the end of 2014 Fallas, tomorrow all artisans will start working in next year monuments hoping that, finally, Unesco list the Fallas as immaterial Word Heritage. 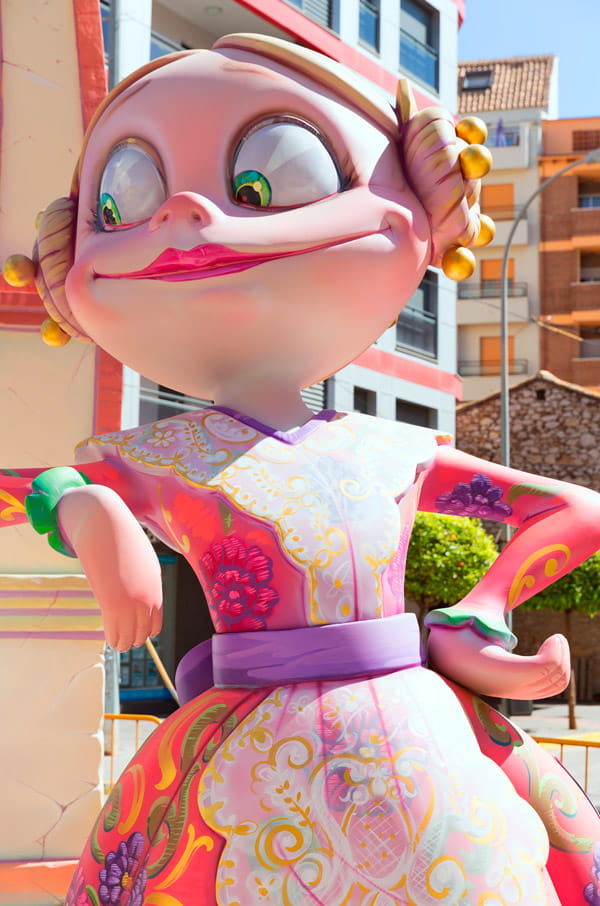 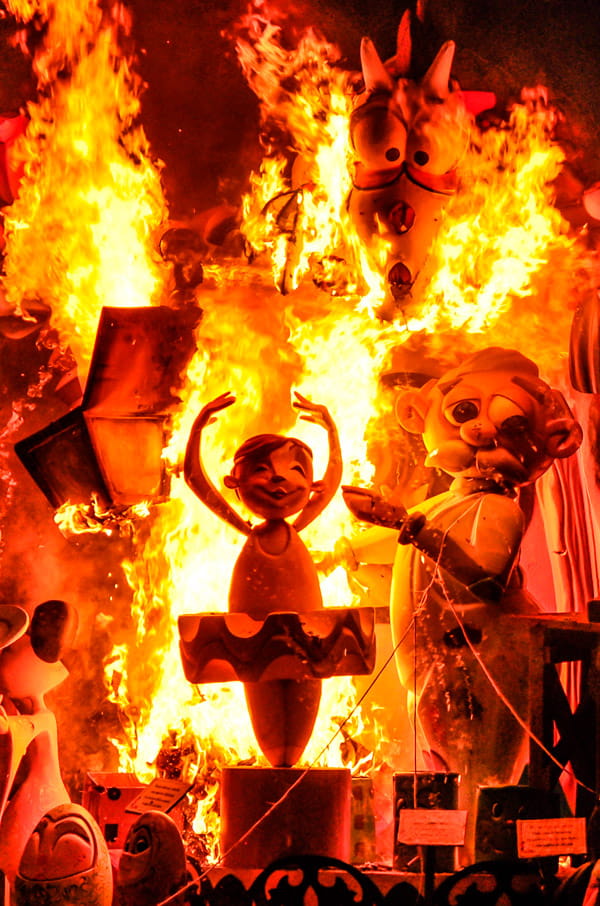