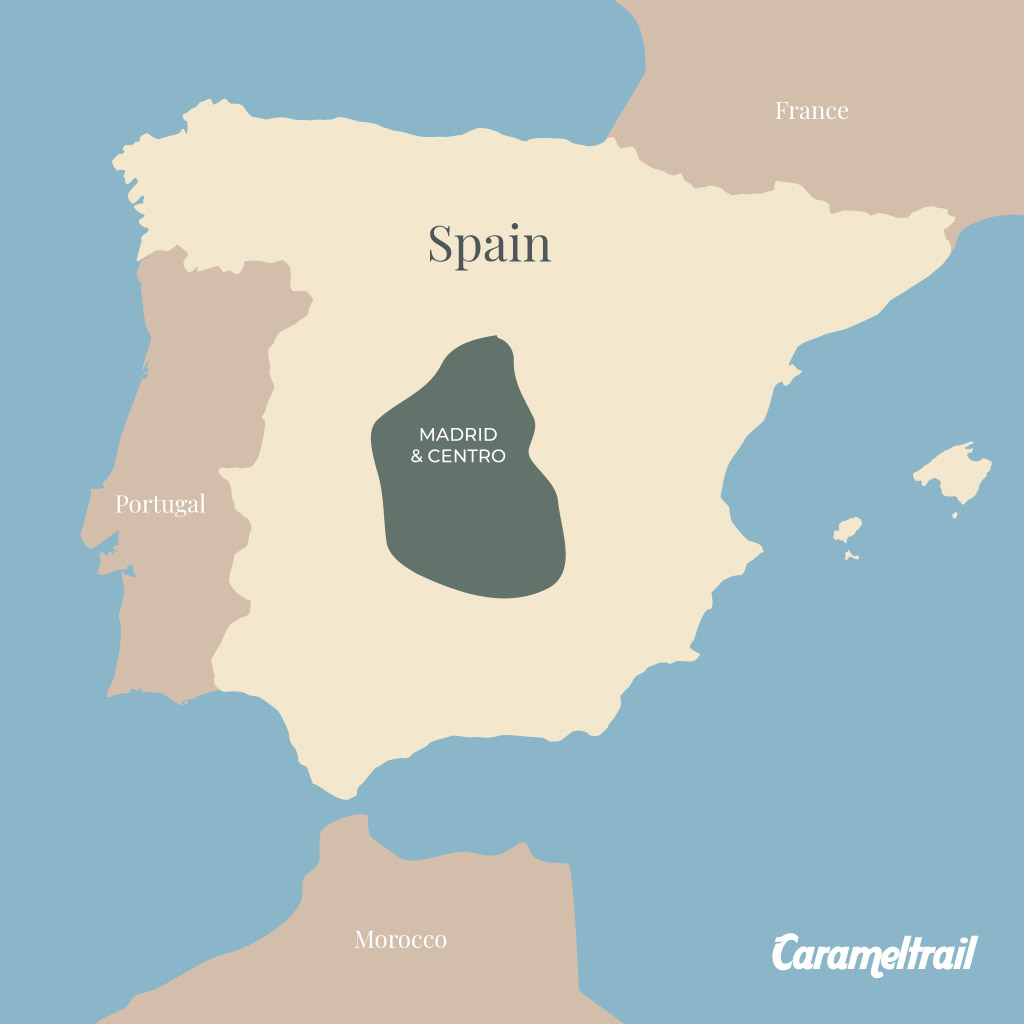 If you are thinking about spending a day in Toledo Spain, you came to the right place!

Toledo is situated on a hill over the Tajo River. It is one of the oldest cities in Europe and it is known as the city of the three cultures – because it has been populated for centuries by Christians, Jews, and Muslims -, or as the “Imperial City“ as it was the seat of the royal court during the reign of Charles I.

One day in Toledo never seems enough. The famous “city of three cultures” is expecting you very close to the country’s capital, being connected by a high-speed train in a journey that takes around half an hour. 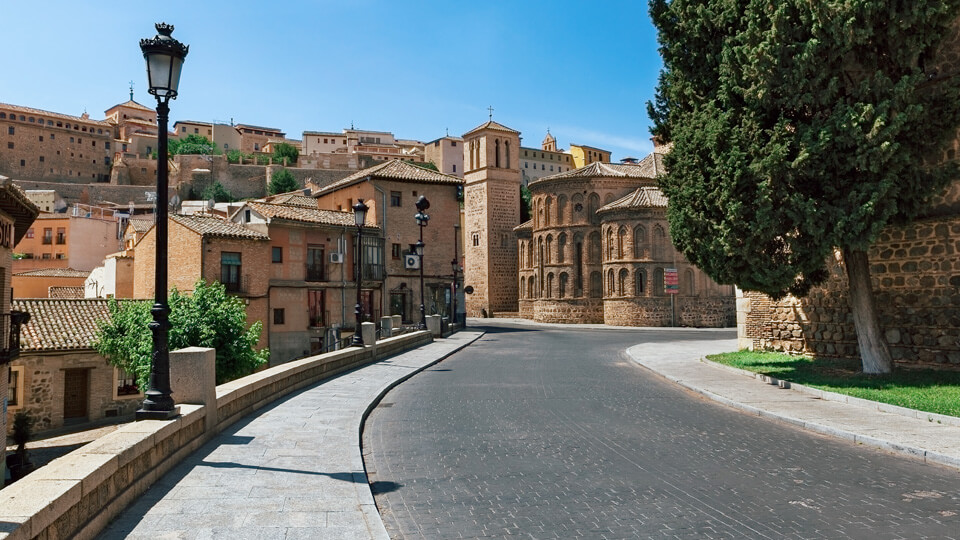 Its historic quarter still preserves its original medieval design, making it a historic city and a fascinating place to visit. On a tour through its narrow, winding streets you discover a series of incredible buildings, still very much alive both inside and out.

Surrounded by the Tajo River it gives it a truly a beautiful sight, especially at night when its twinkling lights and beautifully lit buildings and monuments can be seen from far away.

Where is Toledo Spain: At the Crossroad of Cultures

Toledo is located in central Spain, 70 km south of Madrid. It is the capital of the province of Toledo and of the autonomous community of Castile-La Mancha. It was declared a World Heritage Site by UNESCO in 1986 for its extensive cultural and monumental heritage as one of the former capitals of the Spanish Empire.

Half day trip to Toledo from Madrid

The truth is that you only need 8 to 12 hours to fully explore Toledo if you do not go inside every single museum. Although the abundance of hills will make it a long and tiresome day, you will be grateful for doing it. 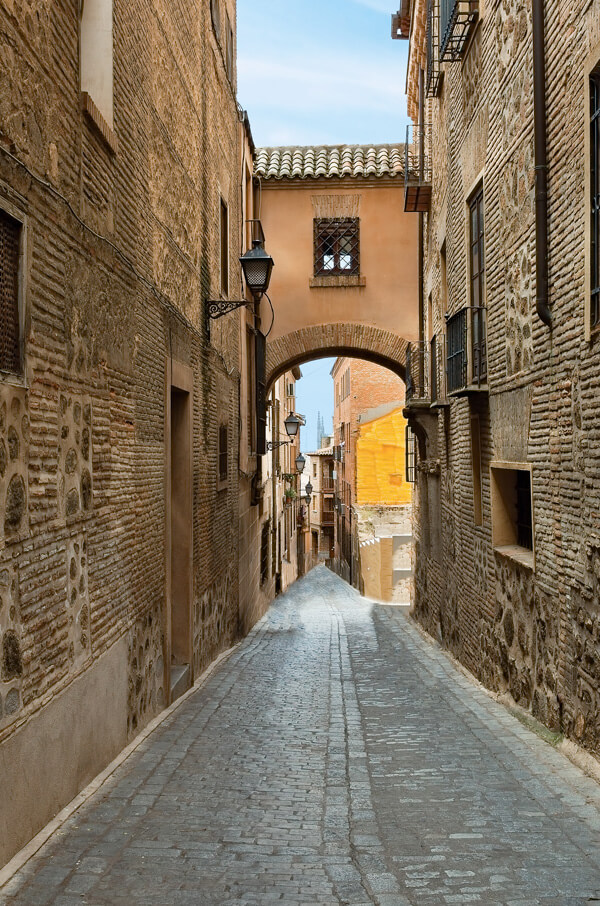 BEST PLACES YOU CAN VISIT IN TOLEDO SPAIN

Go through the city walls into the maze of streets of Toledo’s old town center. Here you can begin the tour at the mosque Cristo de la Luz. Over a thousand years old, this is Toledo’s oldest monument.

The next stop could be in the old Jewish quarter, a charming area with two important sites: the synagogue of Santa María la Blanca (the oldest in the city) and the synagogue of El Tránsito, now the Sephardic Heritage Museum. This area also includes a museum of one of Toledo’s most famous and beloved residents: the painter of El Greco. 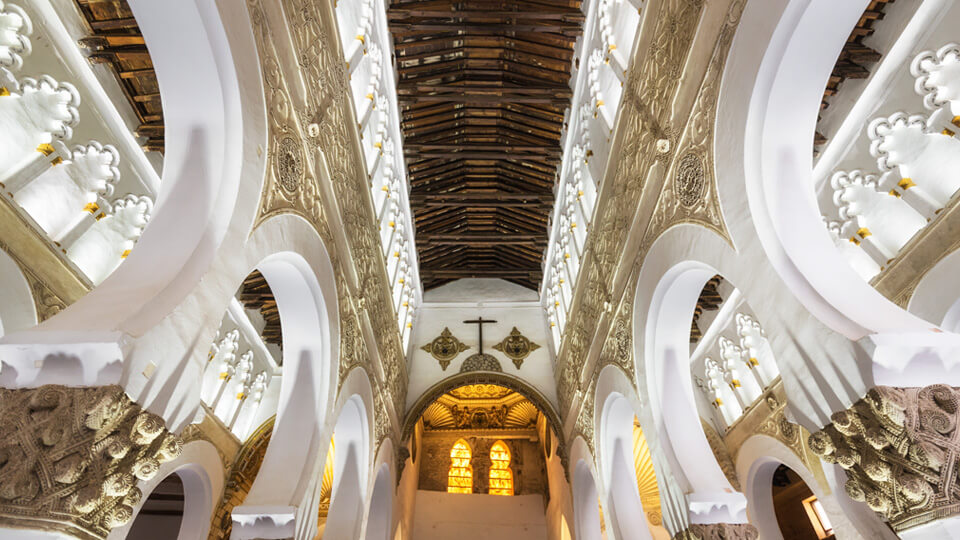 The Christian legacy includes the 13th century Cathedral, one of the city’s star attractions, the Monastery of San Juan de los Reyes, and the imposing Alcázar which dominates the city. 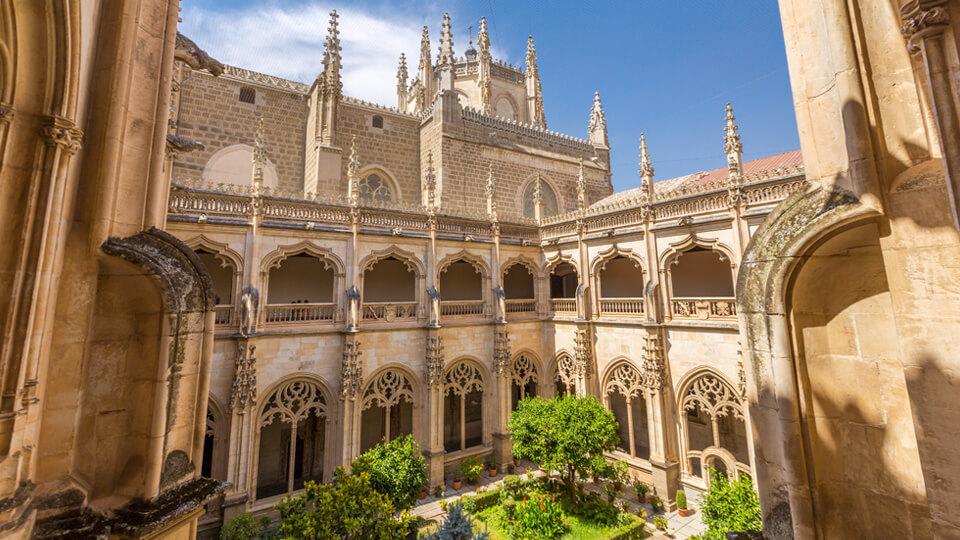 Behind its medieval walls, in a labyrinth of streets you can go walking, you will find some of the most important historical points from Spain.

The Alcantara Bridge, El Greco Museum or the Cathedral of Toledo are just a few interesting places. In these lands you have the chance to see how the crafts or the swords are made in Toledo and worth the visit.

The Puente de Alcántara crosses the marked canyon of the Tajo River. Although it has an ancient Roman structure, the bridge here was completely rebuilt by the Moors, so the one you can see now is from the 13th and 14th centuries. From this bridge, you may enjoy great views of the Alcázar and the town.

The Alcázar of Toledo is now home to the Spanish Army Museum. The building has a great history of war and destruction, but it also has many modern and new installations. It dates back to the Roman times and played an important role in the Spanish civil war.

Within the Alcazar there are 13 rooms housing permanent displays of themed collections, as well as 8 rooms dedicated to general Spanish military history.

In the new building you can explore temporary exhibitions, as well as how is the Spanish Army in modern times. Besides, you can find a library, restoration workshops, classrooms, and a cafeteria. Most displays include information in both Spanish and English. 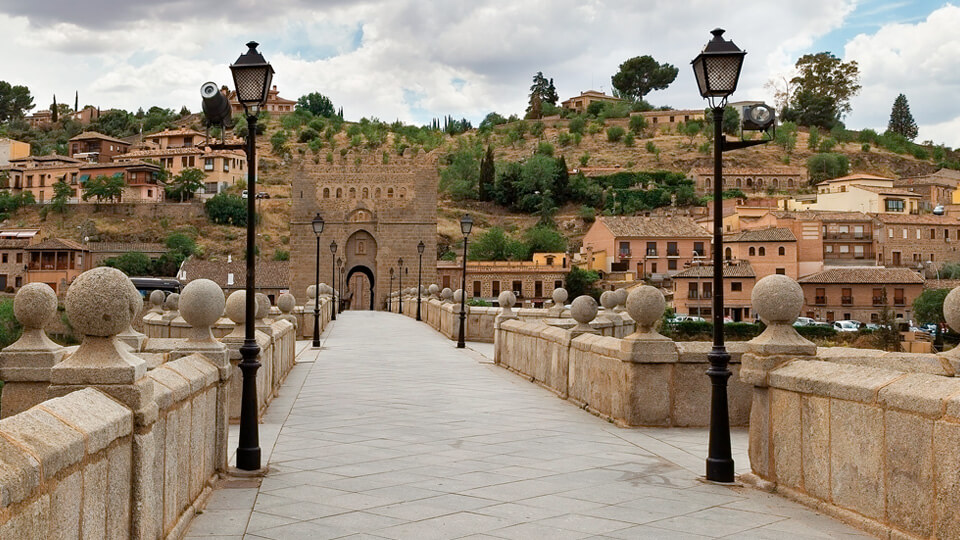 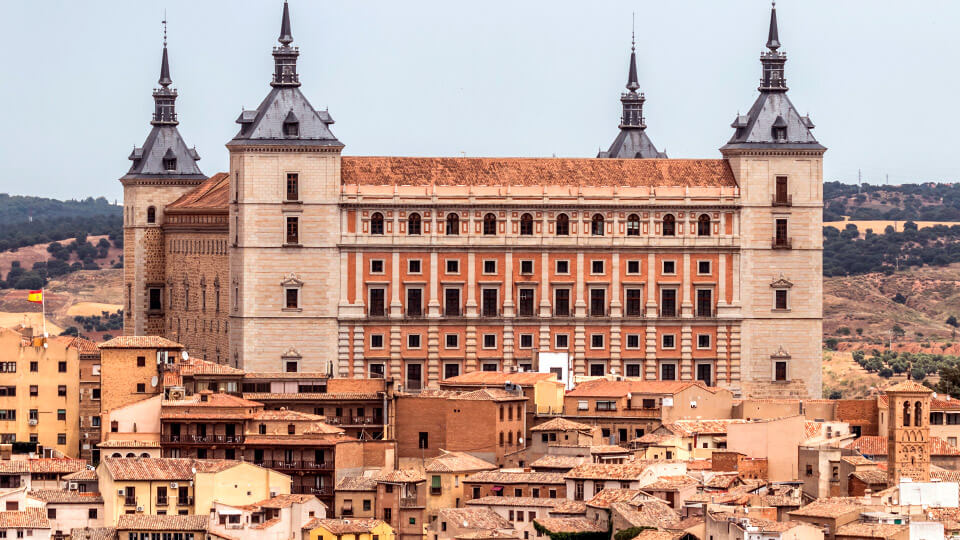 The Cathedral Primada Santa María de Toledo is a gorgeous 13th century Gothic architecture. It is by far the most impressive and beautiful church in Toledo.

It is considered a model for the Spanish Gothic style and it is the main attraction as one of the most visited cathedrals in Spain and among the most amazing in Europe. Already from the outside the facade of this Gothic cathedral will captivate you, but don’t rule out a visit to the interior: it is well worth it. 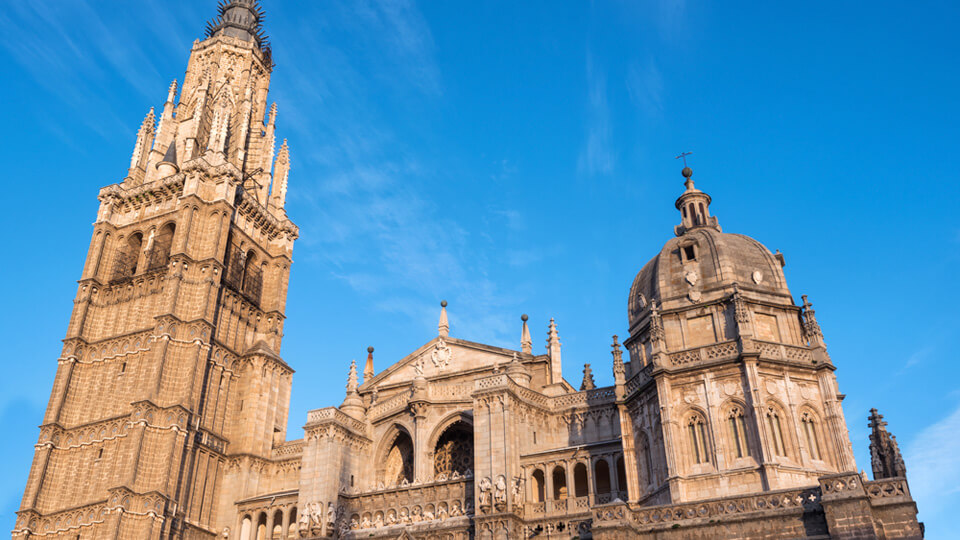 El Greco is the name given to the Greek painter, sculptor, and architect Domenikos Theotokopoulos, who did most of his artistic work in Italy and in Spain in the city of Toledo. Today many of his works are displayed in the Prado Museum in Madrid.

In Toledo, El Greco is a medium sized museum with beautiful rooms and famous paintings. This museum not only focuses on the Spanish Renaissance paintings, it also covers El Greco’s influence on the city of Toledo itself. Discover five tips about El Greco that you didn’t know. 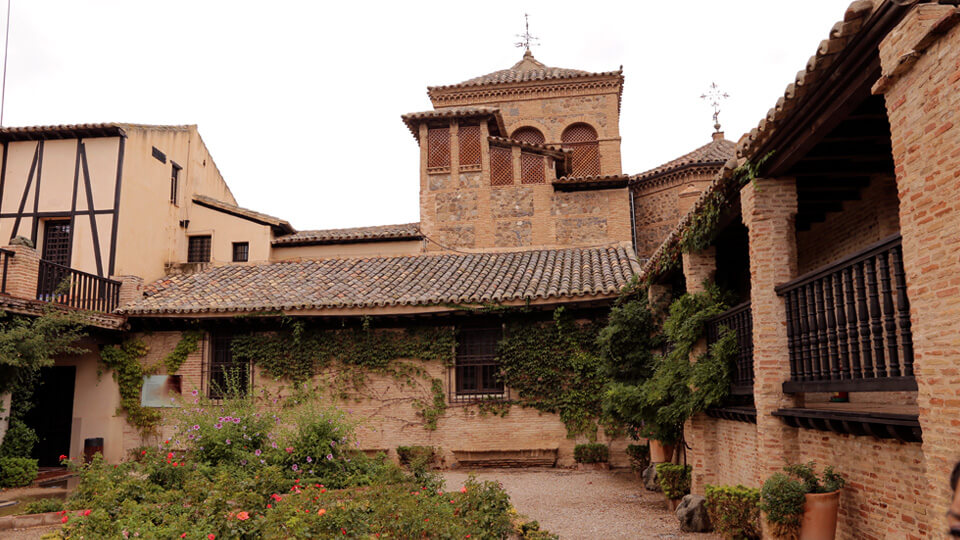 Toledo is known all over the world due to its traditional crafts. Toledo crafts include some damascene metalwork, swords that were inspired from antiquity and of course handmade marzipan (sweet almond candies).

From engravings, swords, armors, shields, the crafts in Toledo have many forms, but the most important and different one is the damascene work. The damascene is a technique that consists in making figures and shapes through the introduction of fine gold and silver threads in iron or steel.

It is worthwhile to visit many stores before choosing which one you will buy, as well as to contemplate the machines and artisans making the objects. Try to lower the price! 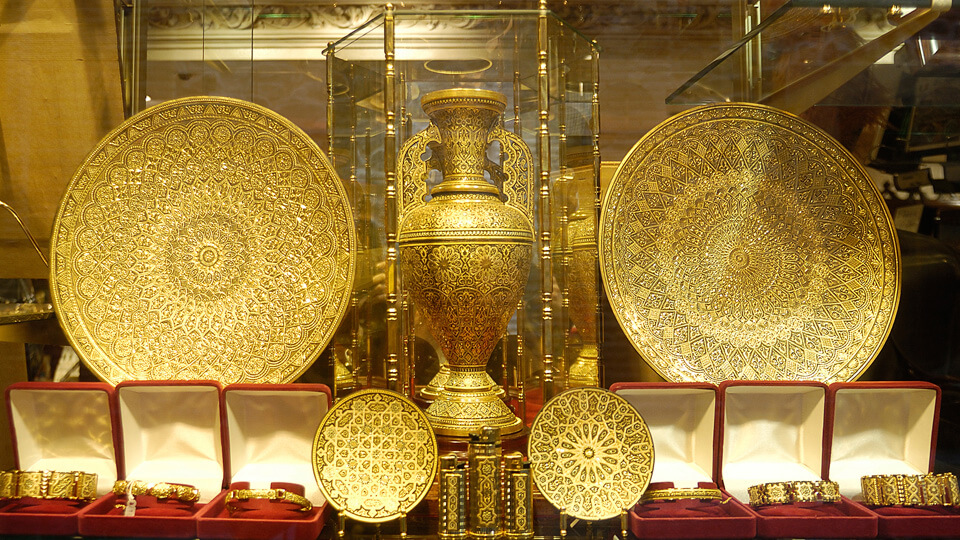 Toledo swords made in Spain

Steel from Toledo has been considered the most prestigious in the world ever since the V century, mainly due to its characteristic flexibility and strength.

For centuries Toledo led the world in sword making and they managed to keep their “trade secrets” within the family. It was later discovered that the master sword smiths each had their own very characteristic formula.

Toledo is one of the world’s famous centers for sword making.

Today Toledo is famous for its art and Damascus gold decoration.

What distinguishes swords made in Toledo is that the blades are not made of pure steel, but composed of an interior core of iron, completely covered in steel. With this process, the steel is given more elasticity and hardness plus the ductility of iron.

TOLEDO: TOO GOOD TO MISS

Toledo is a journey back in time and a feast for all five senses, both at the same time.

Centuries-old buildings cover the streets that the ancient Romans once walked. The story of Muslims, Christians, and Jews lives on around every corner. Moreover, rustic family-run taverns cook the hearty regional recipes that have sustained locals for generations.

It doesn’t matter whether you’re a foodie, a history buff, or simply eager to see another side of Spain. A Toledo day trip is a must on anyone’s itinerary! 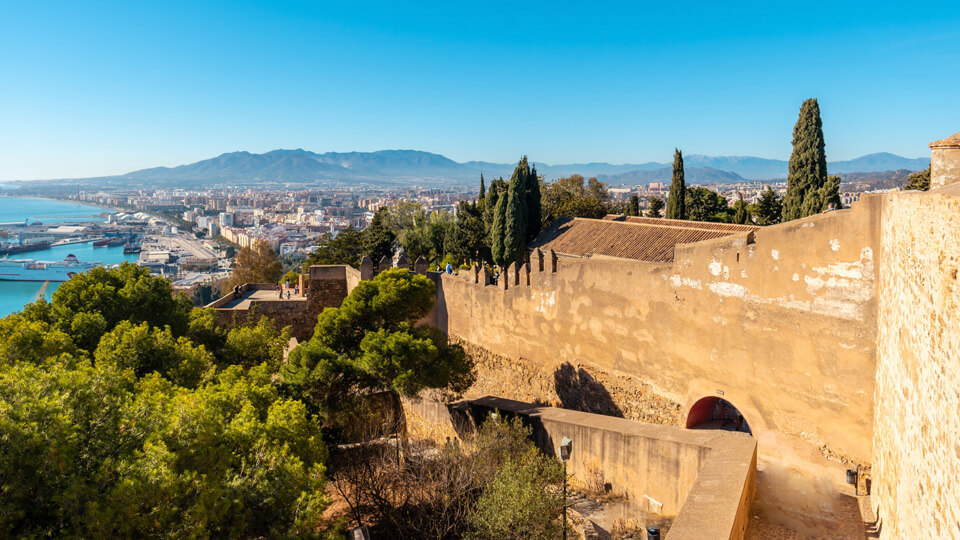 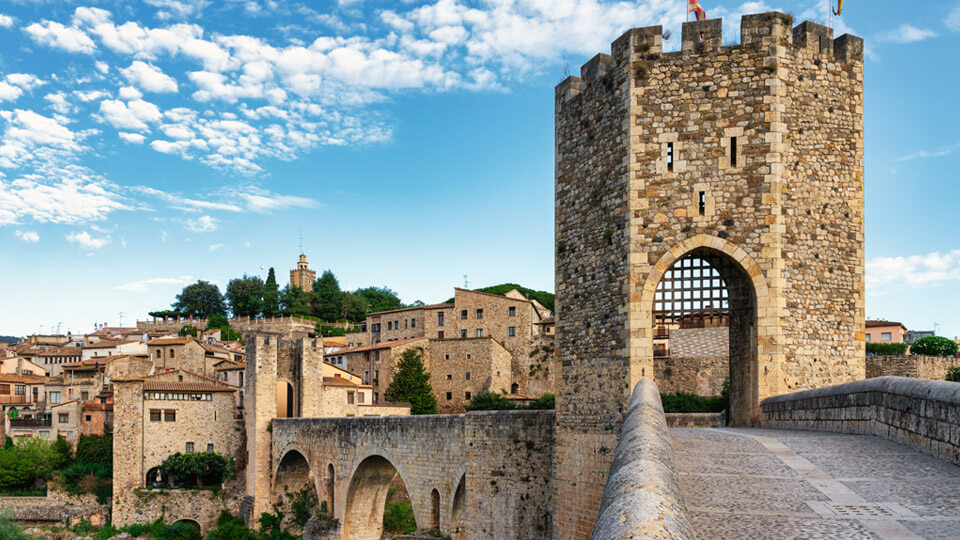