Skip to content
Ávila, the town of Stones and Saints

Ávila, the town of Stones and Saints

All through 2015, we have been celebrating the V centenary of the birth of St Teresa. The celebrations will culminate this month with the festivities of Santa Teresa in Avila. This annual festival honors the city’s patron saint with processions, concerts and fireworks. In October it is mandatory to visit the walled city of Avila! 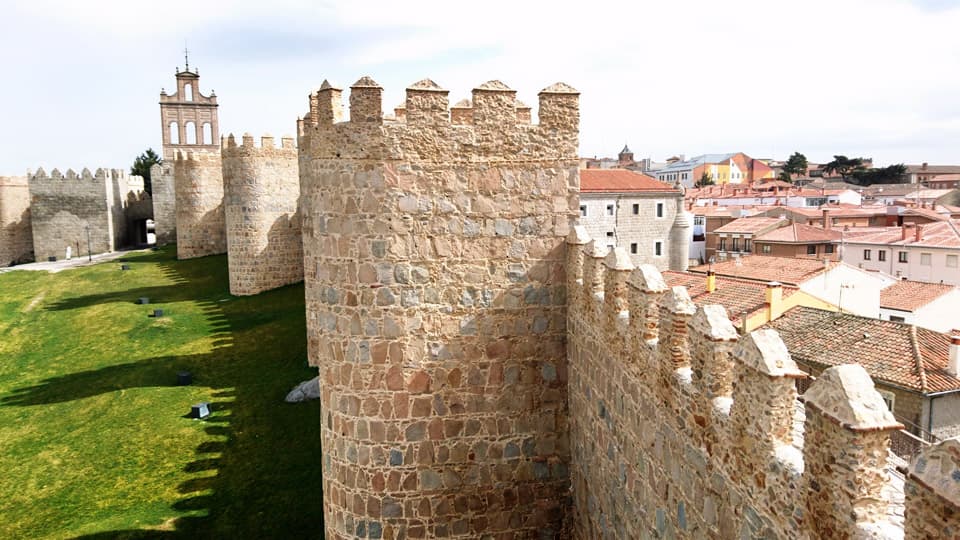 WITH ITS MANY CHURCHES, CONVENTS AND HIGH-WALLED PALACES, ÁVILA IS THE ESSENCE OF CASTILLA, THE EPITOME OF OLD SPAIN.

Located only 117 miles away from Madrid, Ávila is one of the best-preserved medieval bastions in Spain. A deeply religious city that claims to have the highest number of Romanesque and Gothic churches per capita in Spain.

In pre-Roman times (5th century BC), the Vettones inhabited the area. After the conquest by ancient Rome, the town started to be known as Abila or Abela, in fact the plan of the town remains typically Roman: rectangular with its two main streets intersecting at a forum in the center. It was one of the first towns in Hispania that was converted to Christianity.

After the fall of the Western Roman Empire, Ávila became a stronghold of the Visigoths but the Arabs soon conquered it. It suffered the attack by the northern Iberian Christian kingdoms, until it became part of the Kingdom of Castile in 1088. It was then when the walls, that still stand, where constructed to protect the Spanish territories from the Moors.

Ávila’s are one of the best-preserved and complete medieval town-walls in the world. The imposing Romanesque city walls comprise 8 monumental gates, 88 watchtowers and more than 2500 turrets.  Two sections of the walls can be visited: a 300m stretch that can be accessed from just inside the Puerta del Alcázar, and a longer 1300m stretch that runs the length of the old city’s northern perimeter.

THE OLD CITY STILL PRESERVES A 16TH CENTURY SOUL AND IT IS A UNESCO WORLD HERITAGE SITE SINCE 1985.

Among the many churches and monuments there tree that standout: the Cathedral, the Monastery of La Encarnación and the Basilica of San Vicente.

Ávila’s 12th-century cathedral is both a house of worship and an ingenious fortress: its stout granite apse forms the central bulwark in the historic city walls. It is the first Gothic church in Spain.

The monastery of La Encarnación, located north of the city walls, is one of the essential places of the life of Teresa of Ávila. It was where she lived almost continuously between 1535 and 1574. One of the three main rooms open to the public is where the saint is said to have had a vision of the baby Jesus.

Outside the walls it is also located the Basilica of San Vicente. The graceful and measured proportions of this church makes it a unique example of the Hispanic Romanesque style. It was built in the 11th century on the site where the Romans slaughtered three Cristian martyrs (San Vicente and his sisters) in the early 4th century. 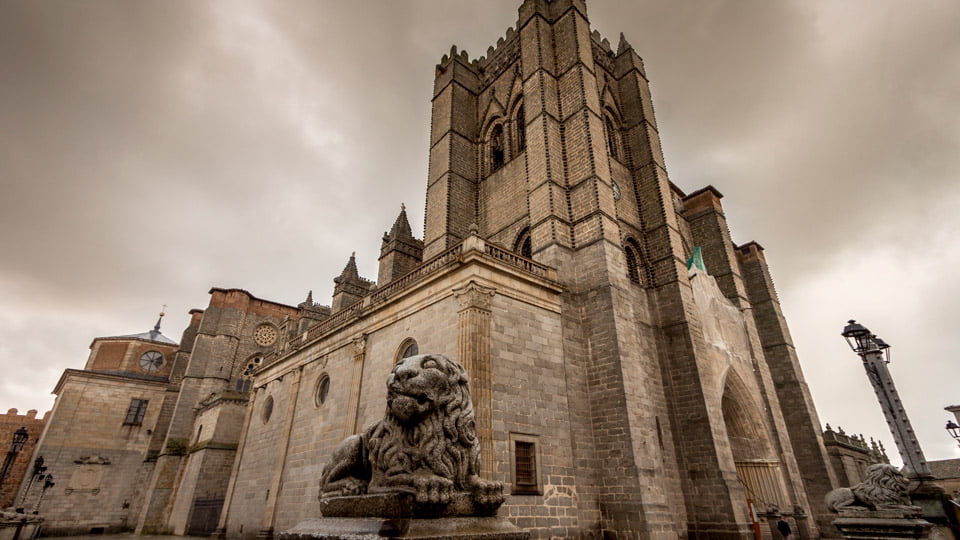 THE HISTORY OF AVILA IS INTIMATELY RELATED TO ST TERESA, ITS MOST DISTINGUISHED AMBASSADOR.

St Teresa is one of the most important figures in the Catholic Church. She was a prominent mystic and theologian of contemplative life through mental prayer. She is also considered the first great female writer in Spanish literature.

She lived a life ahead of her time. She became a nun to escape the fate that awaited her as a woman in the 16th century. Her clerical life allowed her to be educated and to develop an important literary work that includes poems, letters and an autobiography. Teresa’s writings, produced for didactic purposes, stand among the most remarkable in the mystical literature of the Catholic Church.

Her house is now a convent built in 1636 around the room where the saint was born in 1515. Visitors will find a church and a museum. Among the highlights the macabre relic of the saint’s ring finger, complete with ring…

The importance of St Teresa in Avila has led to the creation of one-of-a-kind institution: the Mysticim Interpretation Center. Its purpose is to introduce visitors to the phenomenon of mysticism through the general features of mystic knowledge. It is located outside the walls, very close to the Convent of St Teresa. 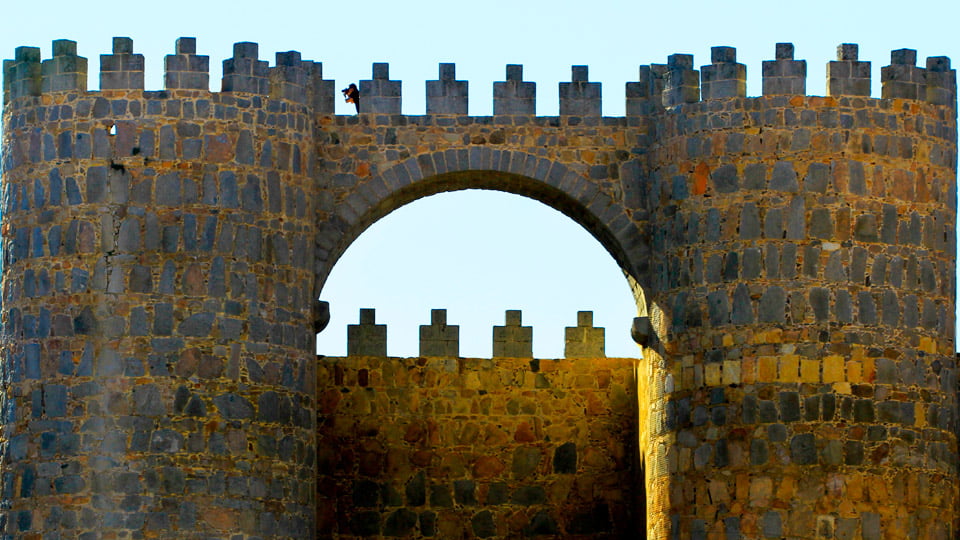 ÁVILA IS A GREAT PLACE TO TASTE THE TYPICAL CASTILIAN GASTRONOMY.

The region suffers the hardest winters in Spain, the icy wind whistles in off the plains directly into your bones. For centuries, the main economic activity in the region has been agriculture and livestock. That is why the traditional gastronomy aimed to keep farmers and cattle breeders warm with filling and delicious dishes.

Among the specialties stew made of beans from El Barco and Revolconas potatoes, smashed potatoes with chorizo and de la Vera paprika.

A typical menu must also include a good-sized chuletón, a grilled T-bone steak, best cooked rare, and Yemas of St Teresa, a sticky, ultra-sweet cookie made of egg yolk and sugar.

Definitely not suitable for travelers who want to watch their figure… 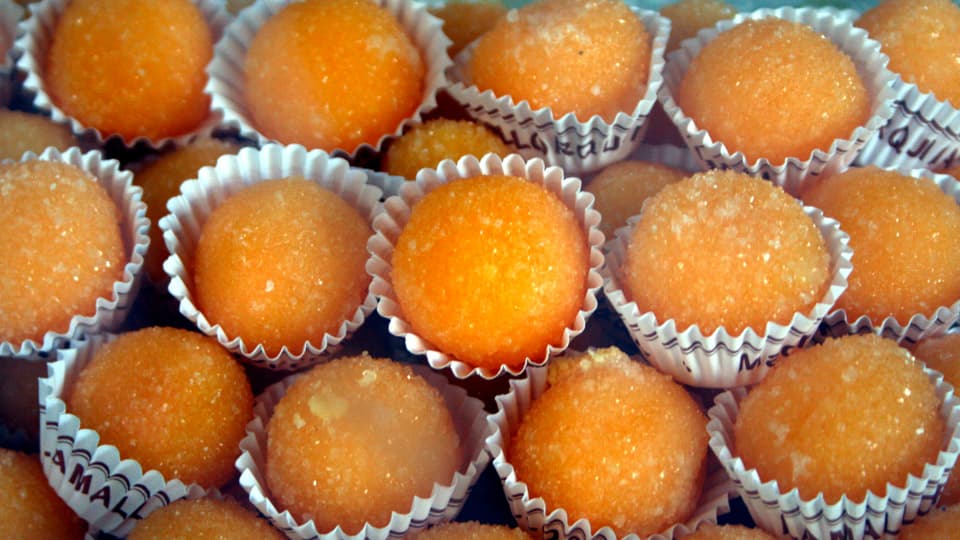