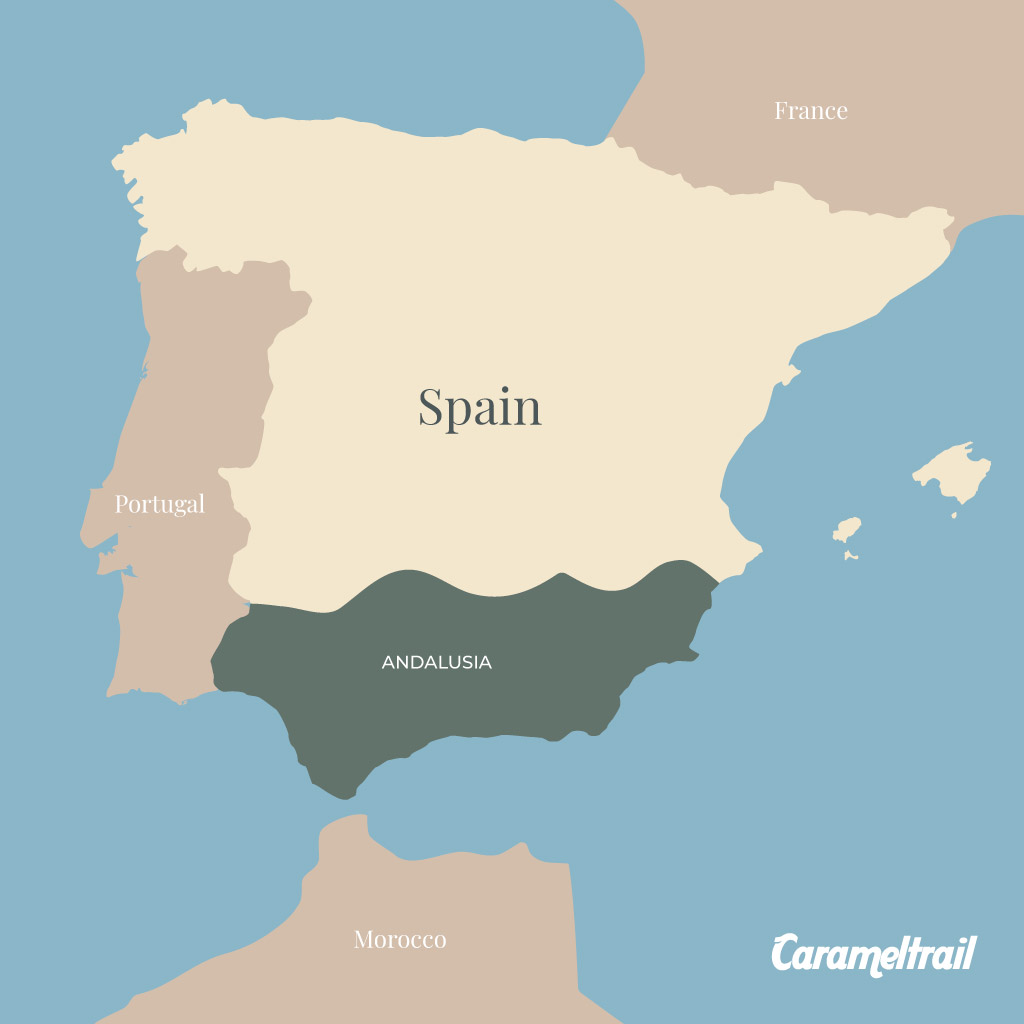 If you’re going on a golf holiday to Spain, there is a good chance that it will be to Andalusia. How do we know that? Andalusia is the region in Spain with the highest average temperature, is has amazing beaches, plenty of golf courses, some great food and a ton of cultural highlights. Now do you believe us?

The Canary Islands boast an average annual temperature of over 20 degrees Celsius. And areas in southern Spain and Andalusia enjoy many, many hours of sunshine every year. The Mediterranean regions of Catalonia, Valencia and Murcia have mild temperatures in winter… So, Spain’s weather conditions guarantee a very long golf season.

Being among the top world destinations for golf, Spain has more than 350 golf courses. Golf is very popular in this country, and especially in Southern Spain. Besides, many famous golf architects were a part of building Andalusian golf reputation by designing golf courses of the highest class and variety. 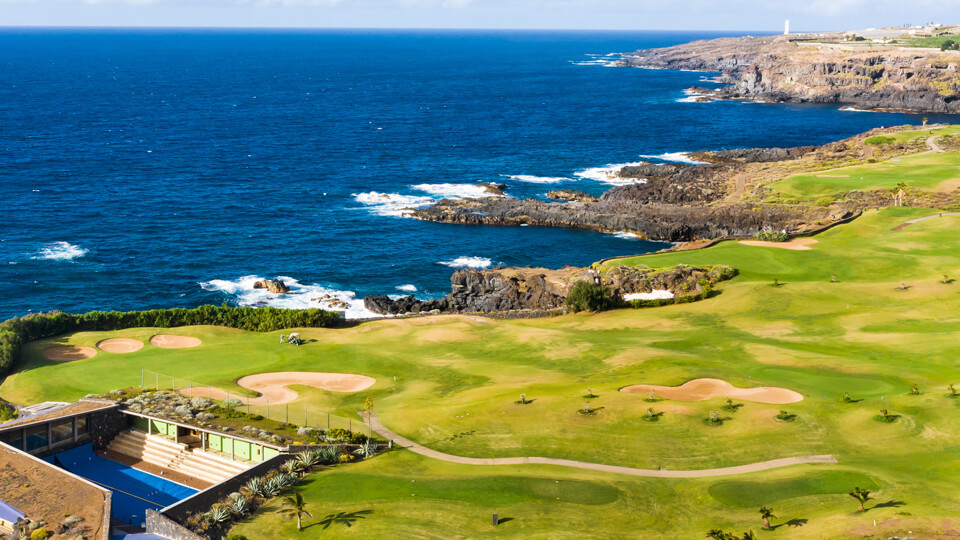 There are over 60 golf courses located along this coastline, four of which are ranked in the top 10 best golf courses in Europe including prestigious golf clubs such as Valderrama Golf Club, Marbella golf and country club, Sotogrande, Santa Clara golf club, Santa Maria golf club, or “La Reserva”.

Whether you want a golf club on the Spanish coast or a more inland location, you are spoilt for choice. The hardest part is choosing one! 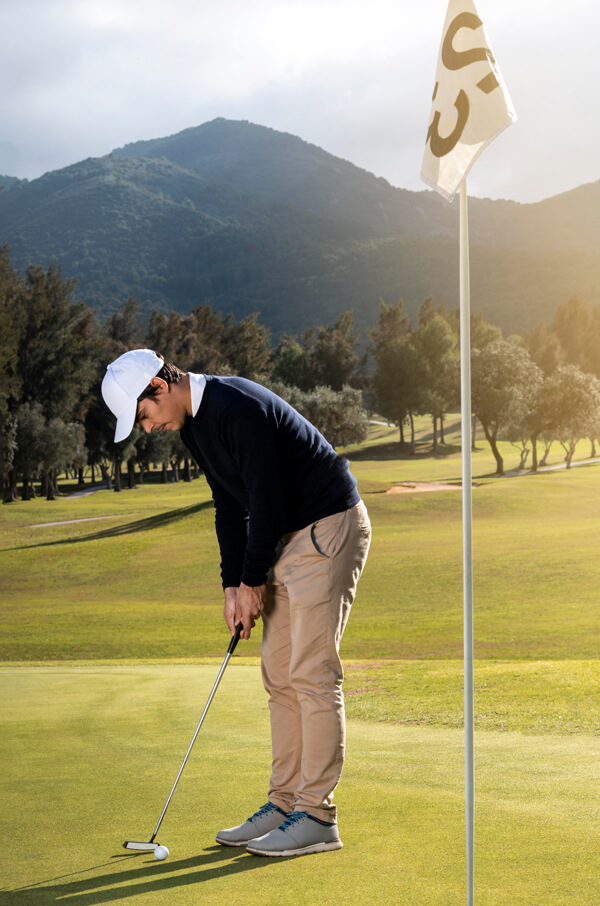 GOLF ON THE COSTA DEL SOL: EXPLORING MARBELLA AND SOTOGRANDE

Costa del Sol region of Spain remains a favorite among golfers from all around the world. The two areas that shouldn’t be missed, because the both offer top-quality golf courses, are Marbella and Sotogrande. 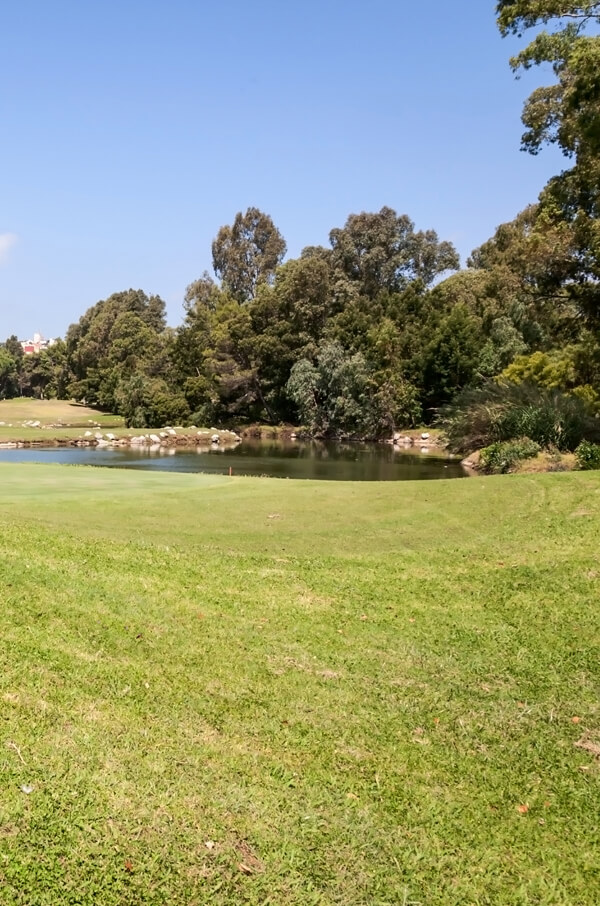 This region is a beauty based in the golfing paradise of the Costa del Sol. Only a few years old, the Sotogrande golf course is already maturing into one of Spain’s finest and it hosts more national and international events.

Located between two valleys, this region offers stunning views and is reasonably generous off the fairways, allowing you to open your shoulders and let the driver rip!

Known as one of the most well-known holiday destinations for sun-seeking golfers, Sotogrande has constantly reinvented itself to meet the ever-increasing expectations of its visitors. Usually in tip-top condition, some consider it to be a worthy rival for Valderrama.

Marbella is the golf capital of Europe. It is located near Malaga, an area with numerous prestigious courses. Marbella offers golf courses for all standards of players, on all terrains, and has some of the plushest club houses around.

Marbella golf clubs stand out for their luxury or high level, since they have a five-star rating, offering both the experienced and beginner golfer continued and high-quality golfing, which is complemented by the player’s taste and style. 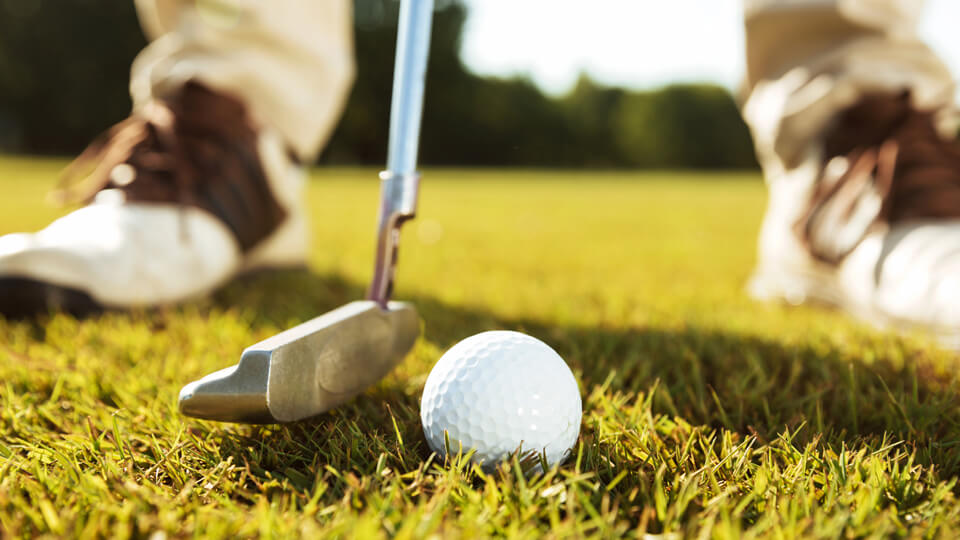 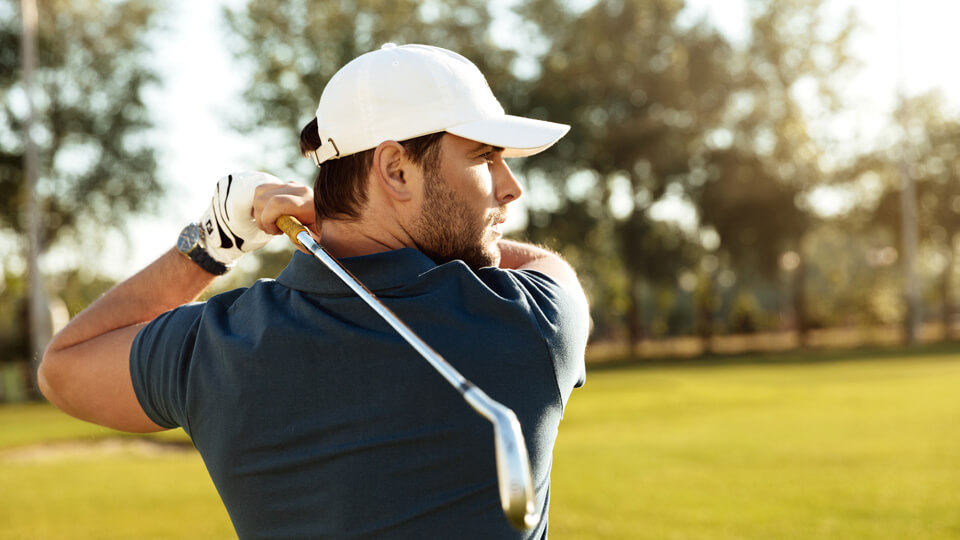 This golf course has been described by top golf professionals and journalists as the best in Europe, if not the world. Long and technical, it is not an easy course. It is designed in such a way that it calls for thought and precision with every stroke.

Ranked number one in Continental Europe, this beautiful Valderrama golf course is always in perfect condition and enjoys an excellent international reputation.

Since 1997, when it hosted the Ryder Cup, it has been known worldwide, as it was the first to be held outside the United Kingdom and the United States.

Nowadays, it has hosted the Estrella Damm Andalucía Masters for several years, becoming one of the best tournaments on the European Tour.

Following the footsteps of many golfing greats, a round on this immaculate course will be something you will never forget! 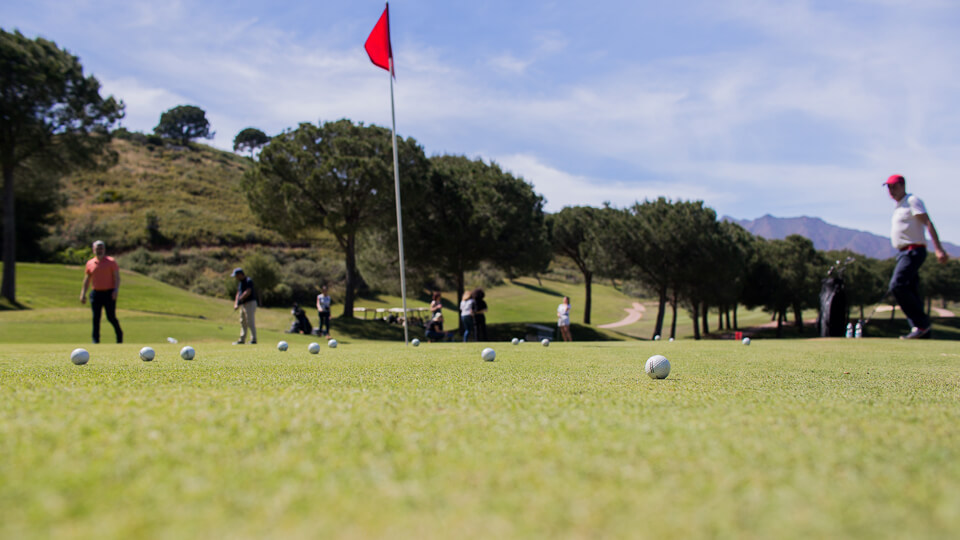 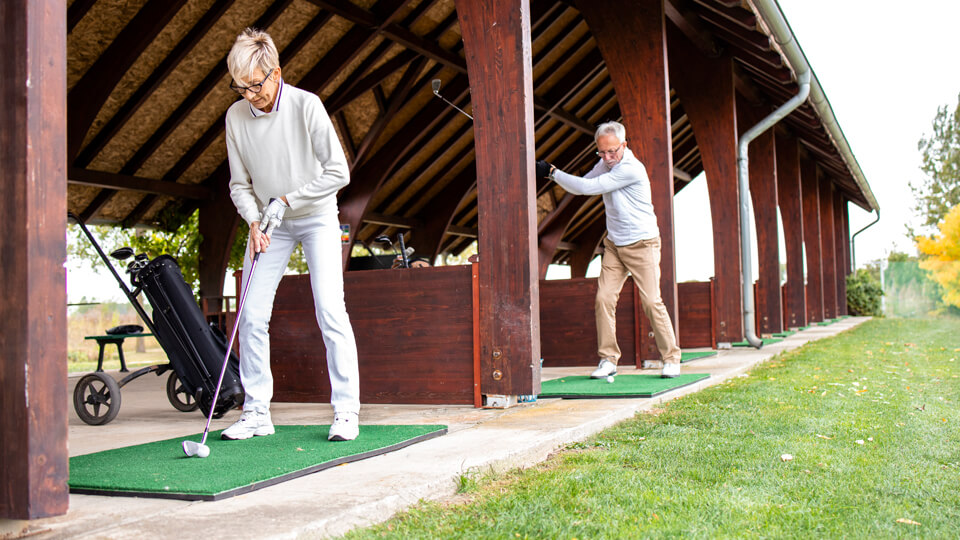 6 REASONS FOR THE POPULARITY OF GOLF IN SOUTHERN SPAIN

If not convinced yet, here are some good reasons for you to join this golf tour in Andalucia: 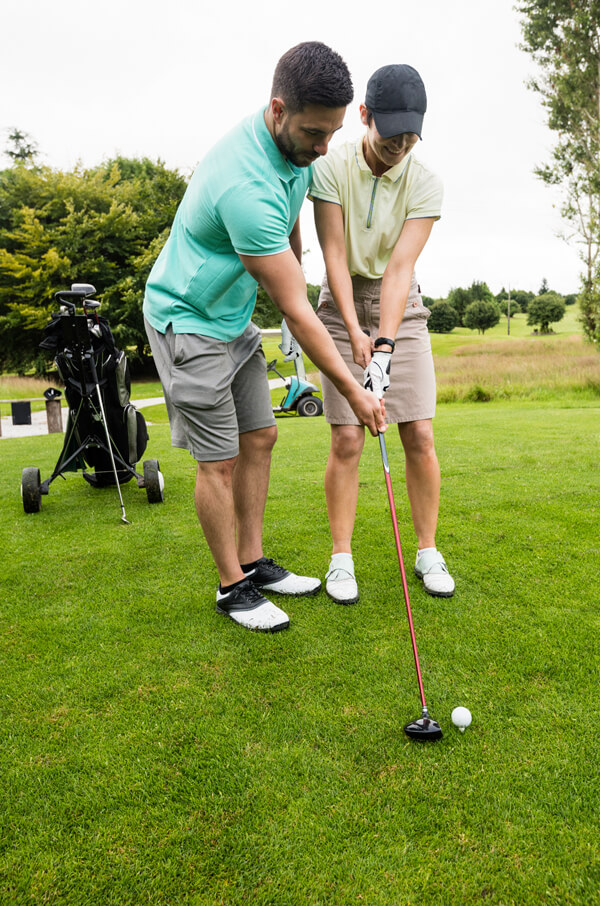 GOLF: the game for leaders, executives and champions.

SPAIN: a country that is rich in history, beauty, and sunshine.

So, what could be better than playing golf in Spain and combining the best of both worlds? 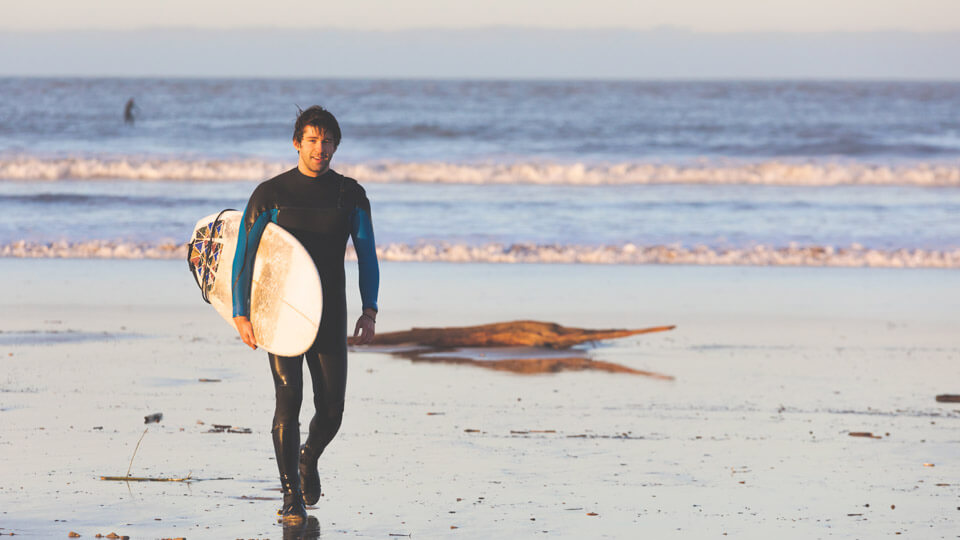