The ultimate Game of Thrones Route in Spain

Did George RR Martin know when the first of the novels for A song of Ice and Fire was published that the saga will become a huge success? After five books and a TV series that has beaten audience records every season, Game of Thrones has become a global phenomenon with millions of loyal followers around the world.

Part of the success of the series was a meticulous production that searches for the perfect natural landscapes to recreate the world of Westeros. Spain with its different geography from north to south, was present in many seasons.

We will help you arrange an itinerary through Spain that covers the places that have been witness of the epic fight of the Stark, Lannister and Targaryen, for the Iron Throne!

We invite you to discover the GoT destinations in Spain. On the way, you will discover the real inspiration George RR Martin found on Spanish history while you walk around Caceres, Girona, Seville or Cordoba. 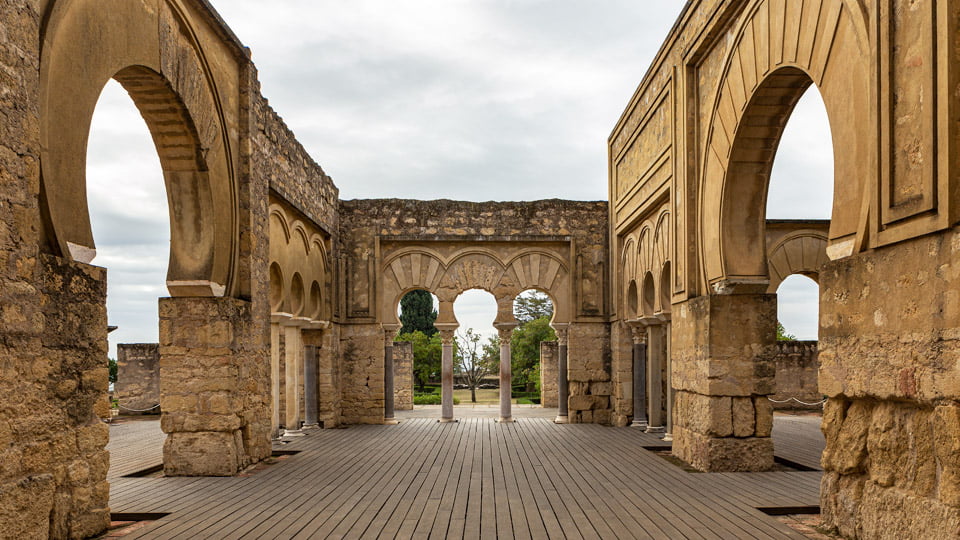 Barcelona has been an important economic center in the Mediterranean for centuries. The old neighborhood, known as the Barri Gotic still preserves the medieval charm and there many corners where you will feel the untouched pass of time.

Our guide will take you on a magical walking tour through the winding streets, the best way to start your trip to the fantasy land of Westeros!

We can arrange a day trip to Girona or Braavos if you prefer. This 2000-year-old city is the perfect scenery to bring to life the free city. Walking the little streets and squares you will recognize key scenarios of Braavos or King’s Landing, like the Cathedral of Saint Mary, used as the exterior of the Sept of Baelor.

In that same square takes place, every year one of the most incredible Catalonian traditions the Catellers human towers. A unique spectacle! 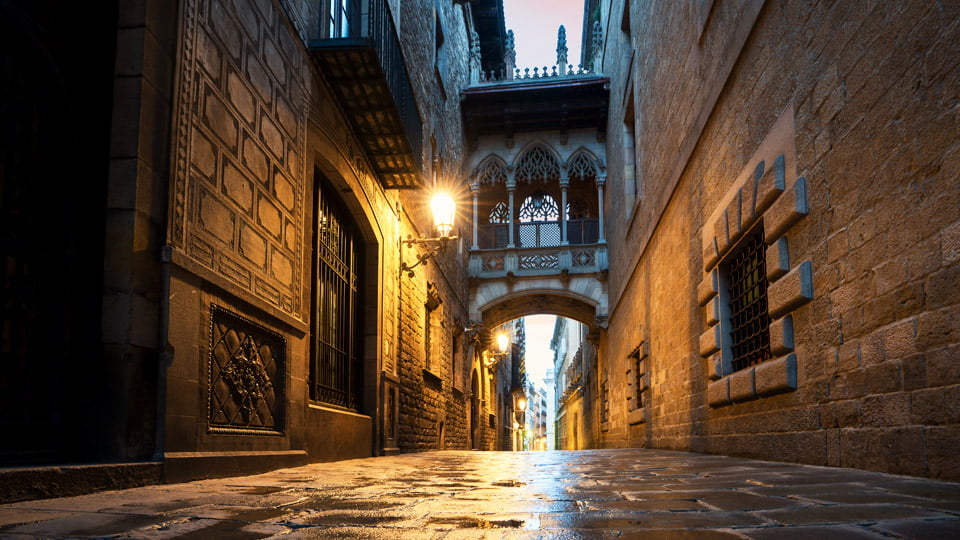 The Basque country is Spain’s paradise of gastronomy. San Sebastian has some of the best restaurants in the world! You can travel by train passing through the different landscapes of Aragon until you reach the green mountains in the Cantabric coast.

In San Sebastian you will discover a beautiful city full of glamour and a French touch in each building. In the Belle époque days was the favorite summer spot for all the European aristocracy.

You will enjoy the pleasures of San Sebastian’s slow life. You will learn with our guide about the local customs of meeting friends to drink wine in txikitos and eat pintxos. These elaborated little tapas meant to eat standing are little bites of the best gastronomy!

You will have time to explore the little towns in the Basque country, like Zumaia and the Itzurun Beach. The GoT producers found on the amazing geologic formations on its coast, the longest set of continuous rock strata in the world, the perfect scenery for the series most memorable moment.

You will also visit a not-less beautiful stop in the coast, San Juan de Gaztelugatxe, a 9th century hermitage located on an islet is connected to land by a man-made bridge (and 231 steps narrow stair). According to legend, once you reach the top of the crag one should ring the bell three times and make a wish! 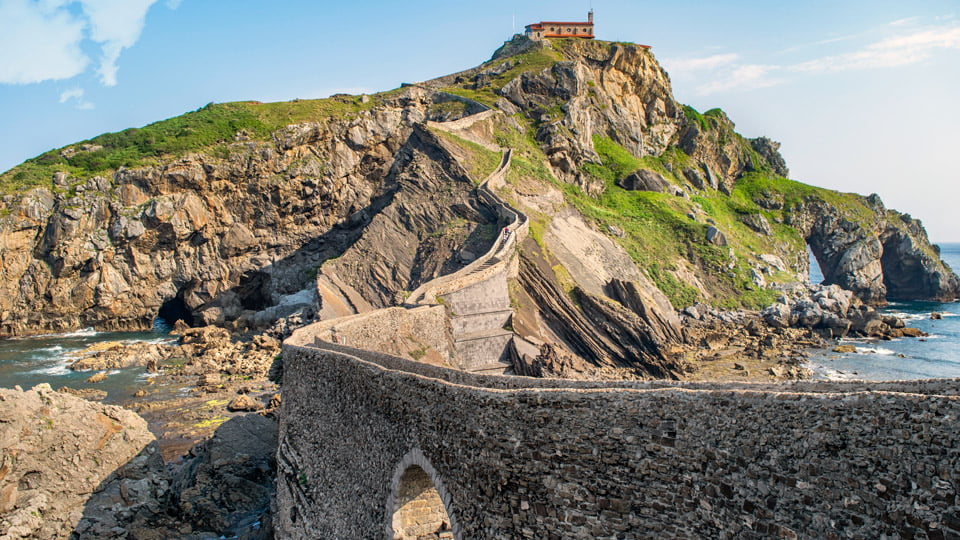 Welcome to Seville, one of Spain’s most beautiful cities! Thousands of years of history have given to this city a special charm and color. The old quarter is one of the biggest in Europe a remaining trace of the importance the city had centuries ago. Seville was in the 15th century one of the economic centers of Europe thanks to its port and all the treasures that came from the New World.

Seen on Season 6 the Alcázar of Seville was The Water Gardens and Sunspear, seat of House Martell in Dorne. The palace was built over the remains of a Roman settlement and is a perfect example of how different styles and cultures can be blend together in a spectacular result.

It is the oldest palace in Europe that has continuously hosted the Spanish Royal family through centuries. Still today is their official residence when in town.

You will also take a walk to the remains Seville Royal Dockyards the medieval shipyards.

From Seville, you can also visit Osuna. This small town holds many treasures. Its history goes back to human prehistoric settlements centuries before Crist. It became an important colony during the Roman Empire and had a rich splendor in the 16th and 17th centuries when the local aristocracy built the magnificent Baroque palaces you will see in St. Pedro Street.

The bullring of Osuna, built in 1902, has been the perfect location to recreate an important battle in season 5. 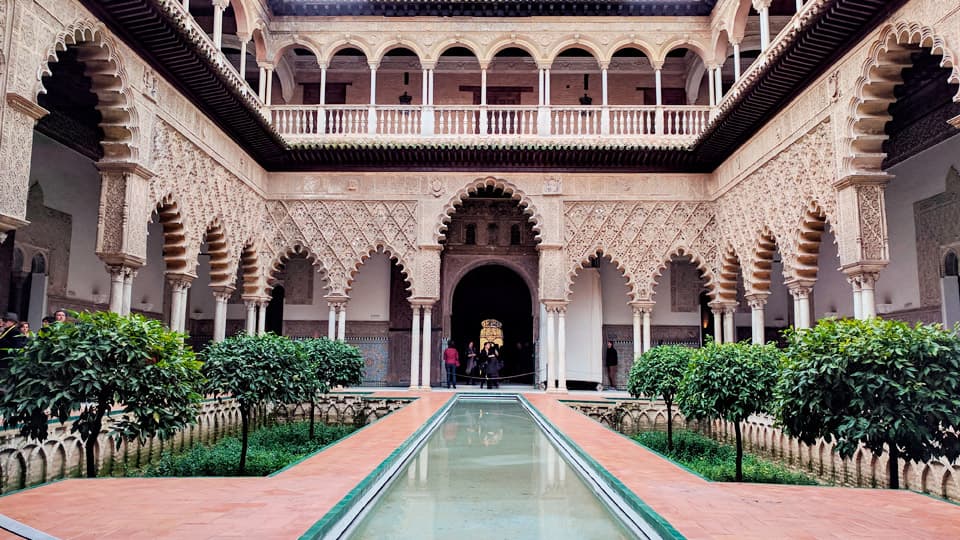 Cordoba was the capital of Hispania Ulterior in Roman times and the most populated city in the ancient world. Its vast legacy and blend of cultures, merges in the Mosque Cathedral symbol of the city.

Its Roman bridge was used as the long bridge of Volantis symbol of the fictional city.

In Cordoba, you will taste the most genuine Andalusian flavor, the geranium flowers hung from the walls and terraces turn the old city into a red and pink canvas. The fresh patios of the houses in the old neighborhood open their doors every year to greet all visitors with their colorful spectacle of flowers. 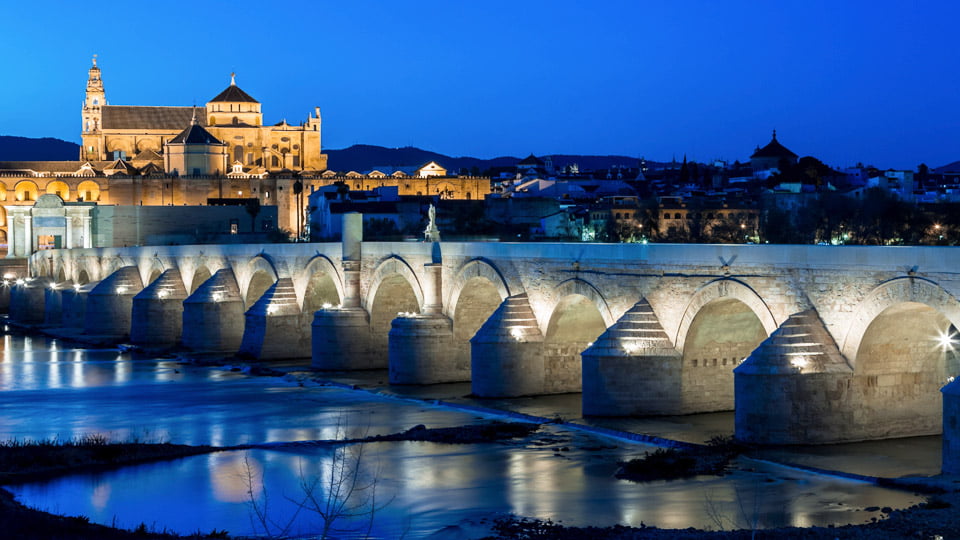 Caceres is without any doubts one of Spain’s hidden jewels. The historic legacy of the city can be traced down to prehistoric times.

Inside the medieval walls that surround the old city there is no sign of modernity what it made it earn the World Heritage City status in 1986, Its blend of Roman, Moorish, Northern Gothic and Italian Renaissance architecture is perfect to recreate the fantastic world of Game of Thrones.

You can rest like a king at the Parador of Caceres a Renaissance palace in the heart of the city’s old quarter. 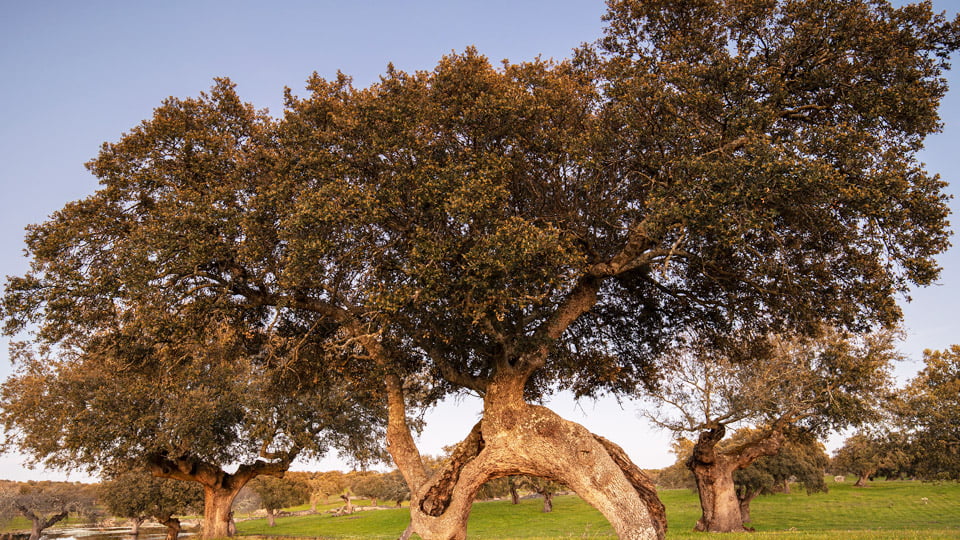 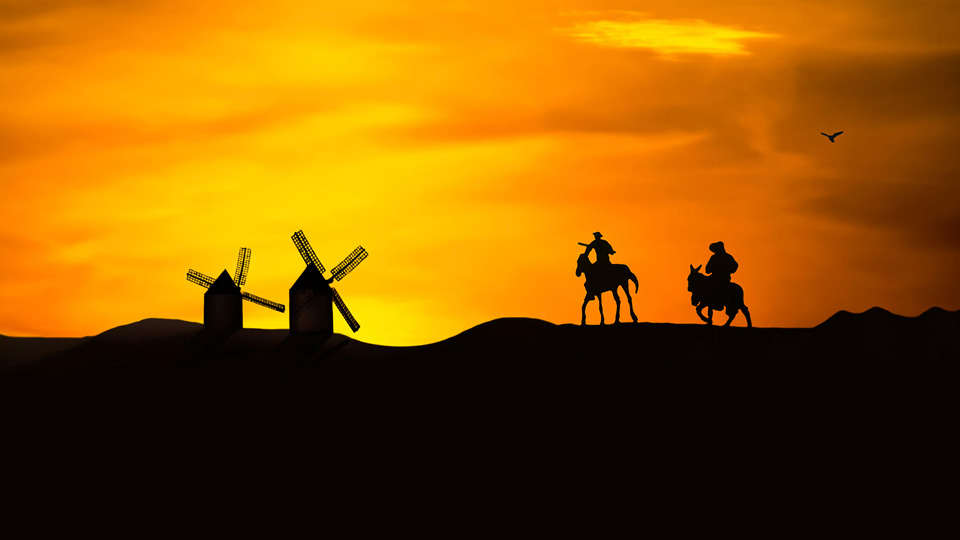 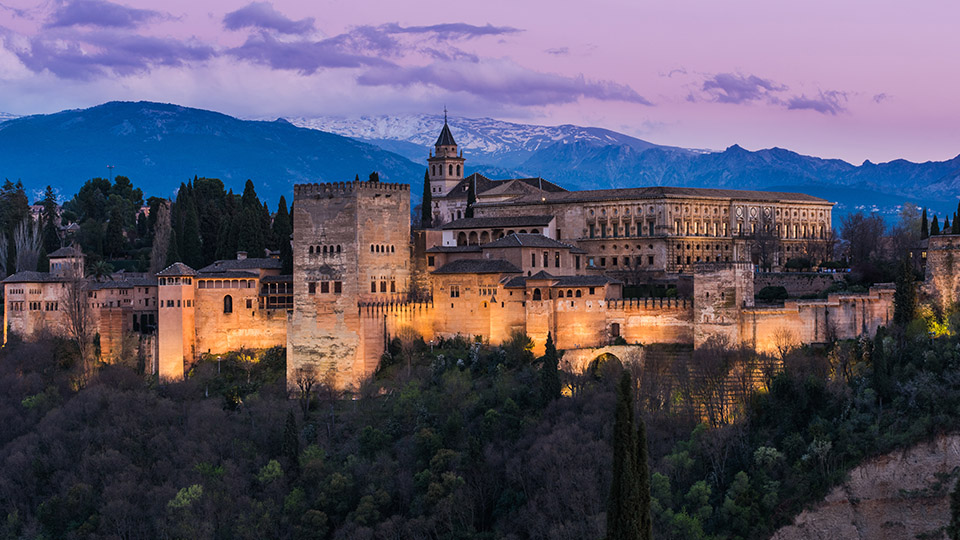 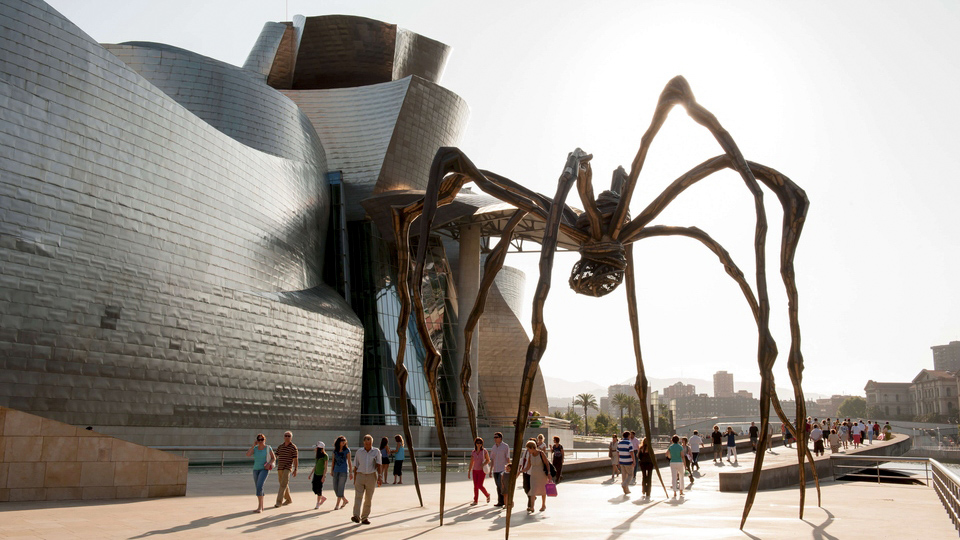